The Carl Gustav Carus Institut: from its foundation to the present day

The Carl Gustav Carus-Institut was founded in 1967 on the initiative of anthroposophical physicians and scientists in order to make its own contribution to the therapy of cancer patients with mistletoe preparations. After a spiritual foundation had been created through the joint study of Rudolf Steiner's research results and the natural scientific method based on Goethe's model, the supporting association, the Gesellschaft zur Förderung der Krebstherapie e.V., was founded on 7 July 1967. Besides Dr Hans Werner and Thomas Göbel, Hans Rivoir, Dr Karl Woernle, Dr Gustav Brunk and Dr Karl Buchleitner were also significantly involved. And who could speak better about the beginnings and the impulses of that time than the founders themselves. In the following, we will let Dr Hans Werner and Hans Rivoir have their own words. Click here for the interview (German) that Dr Rainer Scheer conducted with them in 2017.

The institute´s task is defined in the bylaws of the supporting association, namely to conduct research for cancer therapy on the basis of anthroposophic medicine founded by the spiritual science of Dr. Rudolf Steiner and the physician Dr. med. Ita Wegmann. This task requires a comprehensive understanding of nature and mankind beyond the direct research of diseases, medicinal plants and their pharmaceutics. This results in an interdisciplinary cooperation of scientists from different disciplines as well as an intensive exchange with renowned European universities. Due to numerous cooperations, especially with partners from the university sector, and our structural  orientation, doctoral, bachelor´s and master´s theses are possible at our institute. Furthermore, we offer internships, for example within the framework of the German Academic Exchange Service (DAAD), as well as the Bundesfreiwilligendienst (Federal Voluntary Service).

The Institute is supported ideally and financially by the Gesellschaft zur Förderung der Krebstherapie e.V. and a wide circle of supporters. Furthermore, the Institute's work is dependent on third-party funding such as grants from foundations, public research funding, private industry and private donations.

The Carl Gustav Carus Institute found its first working premises in the basement of Dr. Hans Werner's internal medicine practice at Hachelallee 55 in Pforzheim. Since the foundation of the clinic in 1975, the Institute has also been located in Niefern-Öschelbronn. The Institute moved into the rooms of the Öschelbronn Clinic with its laboratories in the basement and offices on the 4th floor. 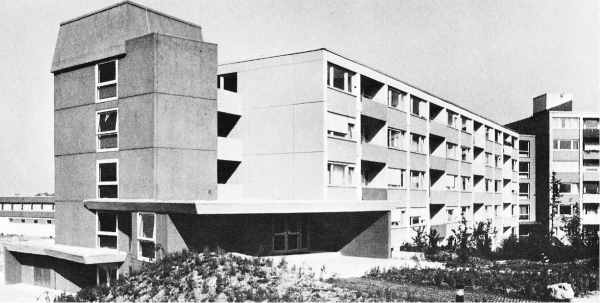 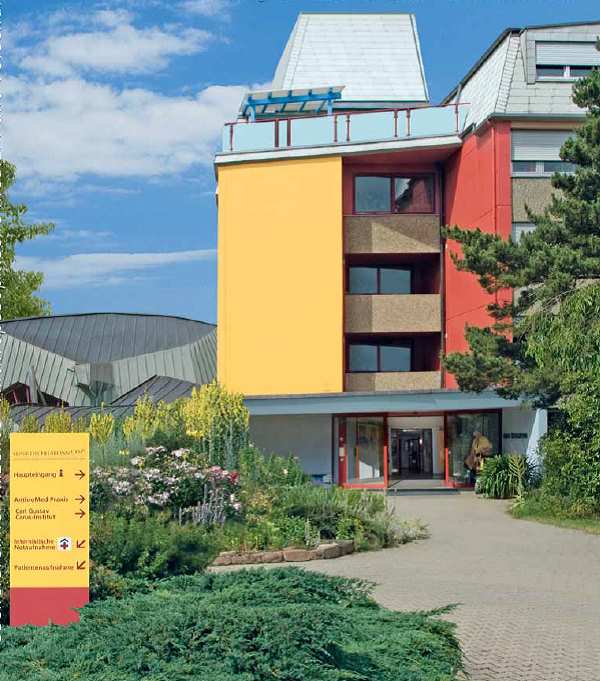 Here are two photos from the past showing the entrance area of the building, which was used jointly until 2020/2021: a black-and-white shot from the early years and a colour photo after the attic was expanded.

For the first steps in the production of mistletoe preparations, a cooperation began with Weleda AG in Schwäbisch Gmünd, which produced mistletoe extracts and made them available for the Institute's pharmaceutical research. Dr. Reinhard Koehler (physicist) (1) had been researching the realisation of pharmaceutical flow processes since 1968. The cooperation with Weleda AG could not be continued.... Therefore, in 1971, the company Abnoba Heilmittel GmbH (now Abnoba GmbH) was founded so that the mistletoe preparations developed from the non-profit research of the Carl Gustav Carus Institute could find their way to doctors and patients. Abnoba GmbH was established by Thomas Götte (2) and Hans Rivoir, and further developed by Michel Barkhoff and Dr. Rainer Scheer, who are all very attached to the impulse of the Carl Gustav Carus Institute and its supporting association. Abnoba GmbH is fully owned by non-profit institutions and can thus concentrate entirely on the well-being of patients, its own research and development and the promotion of basic research. In addition, the Institute received great help from the Öschelbronn Clinic and its long-time managing director Barbara Burrer. (Excerpt from an article on the 50th anniversary of the Institute in Akzenten 2016/2017, please continue reading there on pages 20 to 41)

On 13th May 2017, the Carl Gustav Carus-Institut celebrated its 50th anniversary.At the end of November 2020, we moved into the new building at Allmendstraße 55, certainly with a new address but only about 200 meters as the crow flies from the clinic where we had been practically "at home" for nearly 50 years. Since then we have been working in the new laboratory and office rooms. To the right of the main entrance (see aerial photo below) are these rooms: on the ground floor the laboratory area with its modern, well-equipped laboratories for chemical-analytical, tumour-biological and immunological examinations, and on the upper floor our offices. The basis of cancer therapy research at the Carl Gustav Carus Institute is the methodical approach to a holistic understanding of nature based on Goethe's natural science. Extensive collections on shape changes in the mineral kingdom, the plant world and the animal kingdom, which were decisively built up by Thomas Göbel, co-founder of the Carl Gustav Carus Institute, create a basis of understanding for the human organism.These collections have found a new home in our corridors, for scientific teaching and research, and not least for training our powers of observation for the magnificence of the nature in which we live. 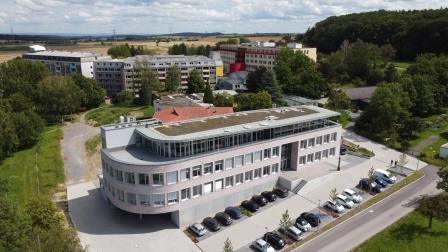 This photo shows an aerial view of the "Areal am Eichhof", which includes the Carl Gustav Carus Institute and Abnoba GmbH - in front in the new building at Allmendstr. 55 - , the Johanneshaus and the Öschelbronn Clinic, the latter with its old and with its new building (in the back of the photo, from left to right).

Under "Videos and Photos" you will find, among other things, videos of a drone flight over and around our new building as well as of a short tour of our new institute rooms.

(3) The Tycho Brahe Verlag ceased its activities on 31.12.2018. Since 2019 the production of the Yearbook for Goetheanism under the previous publisher (Natural Science Section at the Goetheanum, Dornach/CH) has been in the hands of the Freie Hochschule Stuttgart / Seminar für Waldorfpädagogik.

(4) The company founded by Dr Armin Scheffler under the name Birken GmbH (later taken over by Amryt AG) has developed medicines and cosmetic products based on birch bark. The skin care products are now marketed by Amryt AG under the brand name Imlan®. Since 1 September 2022, the production and sale of Imlan® has been discontinued. An oleogel (Filsuvez®), also developed from birch bark extract, received a marketing authorisation from the EMA (European Medicines Agency) in 2022 for the treatment of epidermolysis bullosa.